The Limitless Pill: Does It Exist?

Anyone who is interested in nootropics has heard of the pill from the movie Limitless called NZT-48.

NZT-48 is a nootropic that allows the film’s protagonist to completely reshape his life, transitioning from a struggling writer to a successful investor as a result of the pill’s powerful cognitive enhancements.

While the film describes a handful of the terrible side effects associated with NZT-48, many people are more interested in how they can find a version of the Limitless pill that exists in the real world, or something close to it.

In this article, we’ll give you a quick rundown of the pill from Limitless and then compare a handful of the nootropics on the market to NZT-48 so that you’ll know which might be worth trying.

There isn’t anything exactly like NZT-48 in real life, but there are certainly a few nootropics that may be able to help you out.

What did the Limitless pill do?

Before we can compare the pill from Limitless to nootropics in real life, we need to clarify what exactly NZT-48 did for the people who took it in the film.

Notably, these benefits were not small in magnitude. However, they were enormously powerful to the point where it seemed as though people taking NZT-48 were superhuman.

Ideally, there would be a nootropic in real life, which had the beneficial effects of NZT-48 without having the highly destructive side effect profile.

Realistically, we will need to compromise on the magnitude of the benefits provided, however.

Nootropics in real life are not anywhere near as powerful as NZT-48 because they don’t have the benefit of Hollywood movie magic.

On the bright side, there are also no nootropics which are anywhere near as brutal as NZT-48 in terms of the side effects.

Nootropics similar to the Limitless pill

Given the properties of NZT-48, there are a few potential nootropics that might be considered similar. These nootropics include:
● Piracetam
● Semax
● Amphetamine
● Modafinil / Adrafinil

We’ll discuss each of these in a bit more depth in this section. 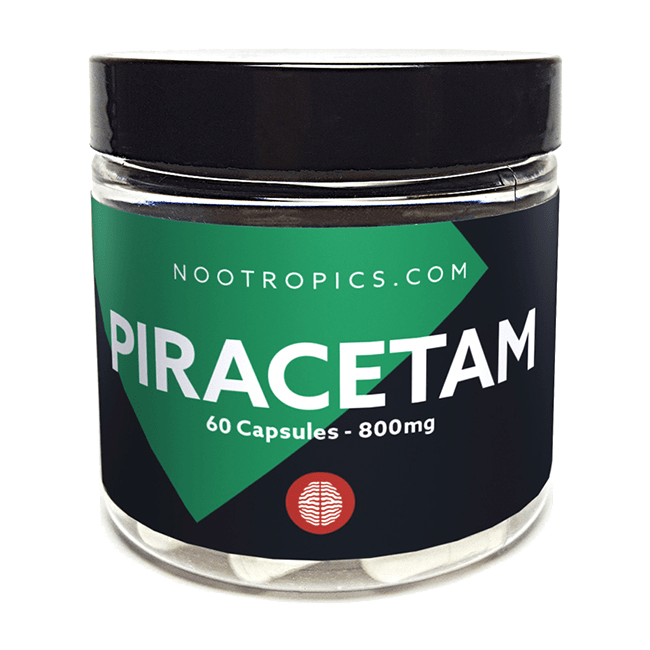 Piracetam is a common nootropic that people use to improve their focus, working memory, and cognition speed. Most people experience few or no side effects from daily piracetam use, which already places it in a better position than the pill from Limitless.

In terms of its effects, piracetam has been shown to be neuroprotective. It also improves the flow of blood and oxygen to your brain.

It may also improve the rate at which your brain utilizes chemical energy, which would mean that it could help to improve the clarity of your thoughts.

Piracetam’s beneficial cognitive impacts are mostly proven in populations who have experienced a traumatic brain injury. Even in these populations, piracetam is not necessarily a life-changing intervention so much as an adjunct therapy.

So, it isn’t exactly compatible with the profile of the pill from Limitless, which is capable of boosting the cognitive power of healthy people.

The catch with Semax is that it hasn’t been deeply studied scientifically. Most of the studies showing that Semax can be used as a nootropic rely on mice rather than populations of healthy people.

However, in studies with animal models like mice, the magnitude of change brought on by Semax use is staggering. One study found that mice who received an infusion of Semax had 40% higher BDNF levels than those which did not.

But, impacts on these scales are nowhere to be found in human populations. So, while Semax has a similar benefit profile and magnitude of effect to NZT-48 when Semax is studied in mice, it doesn’t have anywhere near the same power in humans.

Thus, Semax is probably the Limitless pill for mice, but not for humans.

Amphetamine
Amphetamines are nootropics which have proven efficacy in healthy humans.

The downsides of amphetamines include dry mouth, suppression of emotions, addictive behavior, insomnia, tremor, addiction, overheating, and excessive urination. These side effects do not become less apparent as tolerance develops, but they don’t become worse, either.

Amphetamines are controlled substances in much of the world, so they are harder to access than over the counter nootropics.

In comparison to the pill from Limitless, amphetamine isn’t exactly the right fit, however.

Amphetamines are not known for their ability to improve social functioning in healthy individuals, though when abused recreationally, they may cause the user to have an inflated self-perception.

The cognition enabled by amphetamines comes at the cost of reduced emotionality and lower cognitive flexibility.

Similarly, while amphetamines can reliably and significantly improve the quality of cognition that is dependent on processing in the prefrontal cortex, this effect is mostly confined to lower doses.

When doses are raised beyond a low range, the cognitive benefits of amphetamines give way to jitteriness and rapidly cycling attention as well as high levels of anxiety, especially in populations using amphetamines therapeutically for a cognitive disorder. 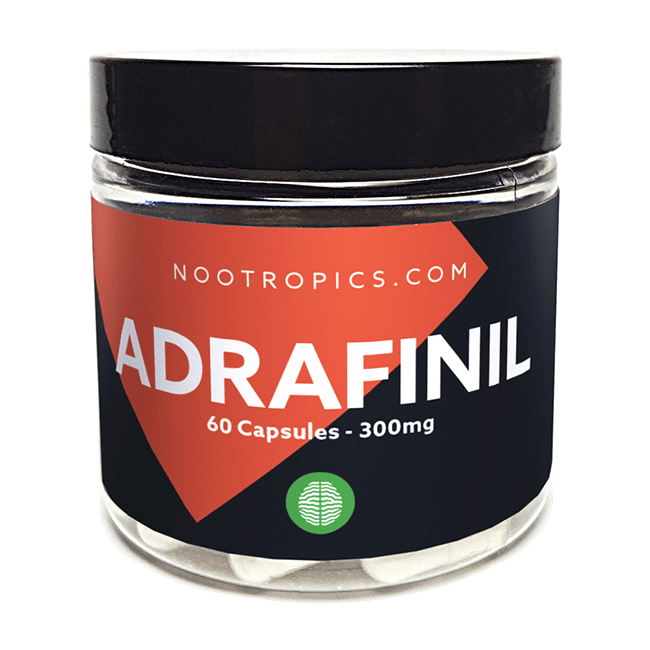 Adrafinil is the nootropic which most closely aligns to the pill from Limitless.

Adrafinil is a precursor to modafinil, which is a potent nootropic known for improving wakefulness, executive functions, short-term memory, and general cognitive function.

To accomplish this, adrafinil utilizes a series of physiological mechanisms which are not fully understood. Luckily, adrafinil causes few side effects aside from insomnia and anxiety, which means that it is an appealing cognitive enhancer for many people.

The scientific literature is fairly positive about adrafinil’s status as a nootropic. One systematic review found that nearly all studies examining modafinil indicated that modafinil is effective at enhancing executive function.

The review ultimately concluded that the vast majority of the scientific literature on modafinil was positive and that no studies reported any serious adverse effects.

Importantly, another systematic review found similar results and suggested that the beneficial effects of modafinil were caused by its diverse impact on key neurotransmitters and histamine systems in the brain.

The magnitude of modafinil’s effects is not the same as the Limitless pill, however. Outside of its intended use case as a therapy for narcolepsy, modafinil is consistently reported as having mild to moderate beneficial effects on cognition.

While modafinil and adrafinil are the closest analogs to the Limitless pill that exist in reality, they probably won’t make you into a superhuman even if they will give you a much-needed boost to your cognition.

Combining adrafinil with these chemicals will lead to synergistic effects which may be more intense than you desire, so be sure to take it easy on the coffee if you’re trying to use adrafinil as your Limitless pill.

If you aren’t careful about the drug interactions with adrafinil, you may find yourself jittery and anxious, which typically demolishes any beneficial cognitive effects that you had derived.

Adrafinil also likely has drug interactions with antidepressants, as well as other nootropics which impact the flux of your neurotransmitters. Ask a doctor before proceeding to make sure that it’s safe to combine adrafinil with any prescription medications.

In conclusion, adrafinil is your best bet if you’re interested in a real-life nootropic which is the most similar to the pill from Limitless. While adrafinil isn’t known for its ability to improve social skills in the way that NZT-48 did, the cognitive effects of adrafinil are along the same lines.

Similarly, adrafinil appears to be safe for medium-term use, but there isn’t much information on how it might affect you in the long term. Chasing the cognitive capabilities of the Limitless pill with adrafinil may be worth doing, but keep in mind where the limit of scientific knowledge is.